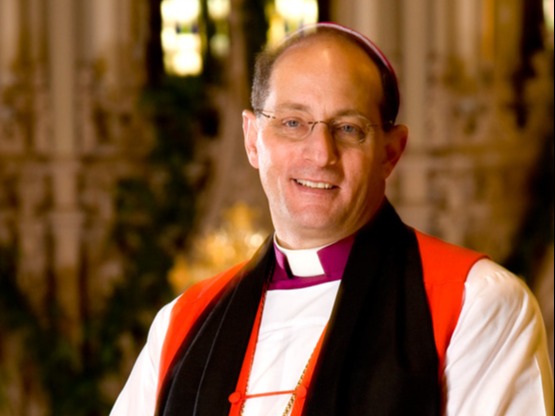 The Right Reverend Lawrence C. Provenzano, eighth bishop of the Episcopal Diocese of Long Island, was consecrated in September of 2009. He serves as President of Province II of the Episcopal Church and as a member of the Presiding Bishop's Council of Advice. He also serves on the House of Bishops' Committee on Pastoral Development. He is an active member of Bishops United Against Gun Violence.

Received as an Episcopal priest in 1984, Bishop Provenzano holds a Bachelor of Science from the State University of New York and a Master of Divinity from Christ the King Seminary. For two years before his ordination, he was a member of a religious community. 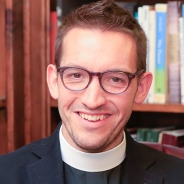 Dean Sniffen has been Dean of the Cathedral of the Incarnation since 2015. In April 2022, he was also appointed Dean of the Mercer School of Theology. He previously served as a parish priest, professor, camp administrator and sailing instructor.

He is a founding member of the Racial Justice Advisory Council of the Brooklyn Community Foundation and has been honored with a Luce Fellowship at the Center for Christianity in Global Contexts. Commissioned in 2021 as a Lieutenant in the United States Navy Chaplain Corps, the Dean enjoys ministering to the members of the armed services. He is a co-founder of the Center for Spiritual Imagination.

The Dean has won awards in pulpit oratory and manner, pastoral leadership, and innovative ministry. He was a Steward of the 2008 Lambeth Palace Conference of Bishops in Canterbury and London.

Dean Sniffen has taught Liturgical Studies on the faculty of The Mercer School of Theology since 2012. He has also served as an Adjunct Professor of Worship and Preaching at Drew Theological School, where he is currently teaching an advanced preaching seminar entitled, “Preaching in a Divisive Age.”

He and his wife Joanna live on the Cathedral Close with their two adorable whippets, Huck and Burleigh. 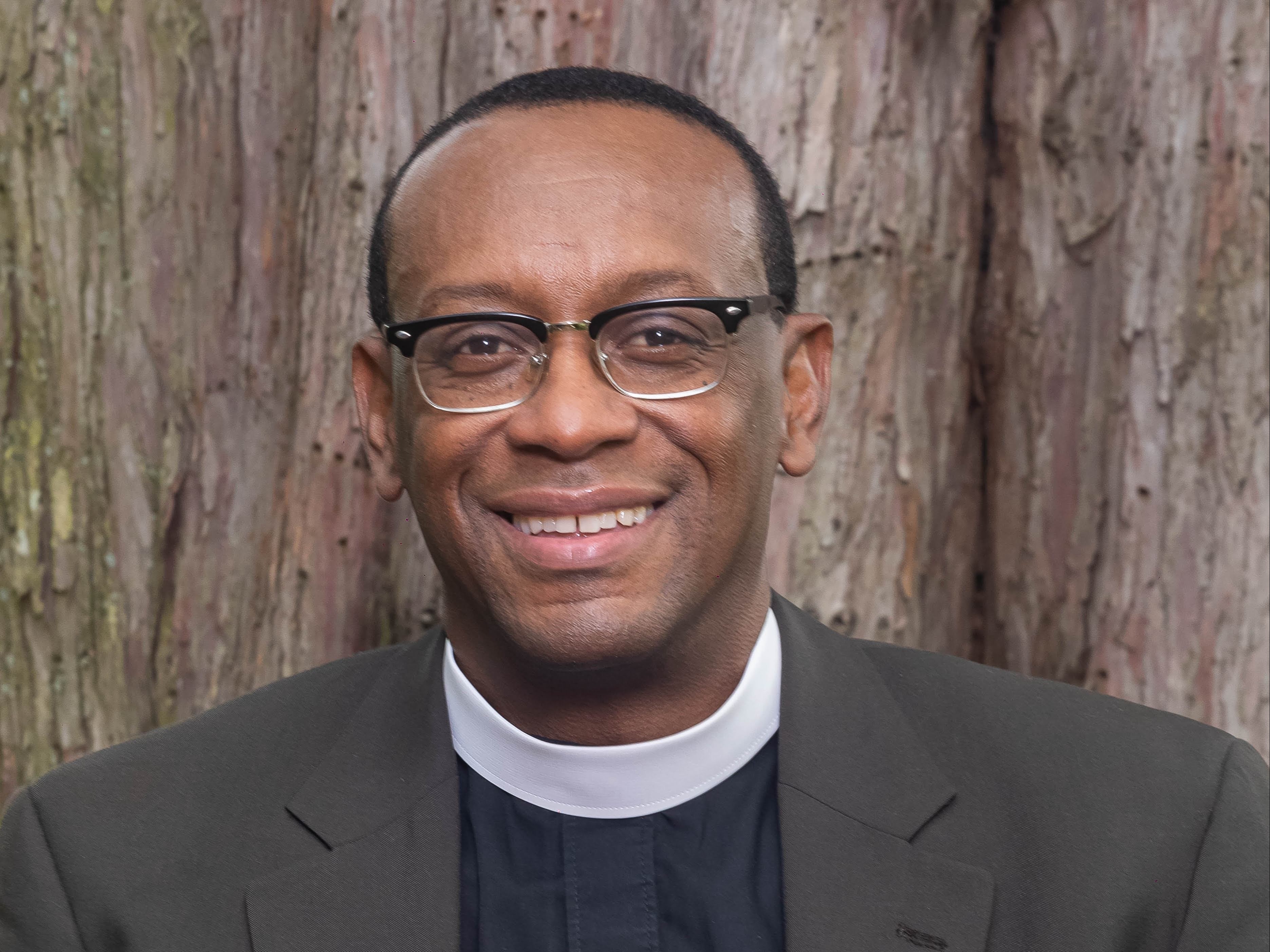 Father Eddie Alleyne serves as Sub Dean and Canon for Cathedral Life. Having ministered to parishes in Brooklyn for more than two decades and recently at the Episcopal Church of the Advent, Westbury, his experience in the life of church and community ably assists in the vision of our cathedral for the future. A highlight of Fr Eddie's achievements was being chosen to chair the Transition Committee after Bishop Provenzano's election as the eighth Bishop of Long Island. A native of Barbados, he is a graduate of the oldest Anglican seminary in the Western Hemisphere, Codrington College.

Fr Eddie is married to Kay and they are the parents of John, Nathan and Krissy. Zee, Apollo and Jessie (four legged companions) complete the family. An avid chess player, Fr Eddie also enjoys a game of cricket (hail the West Indies), tennis and badminton among other sports. 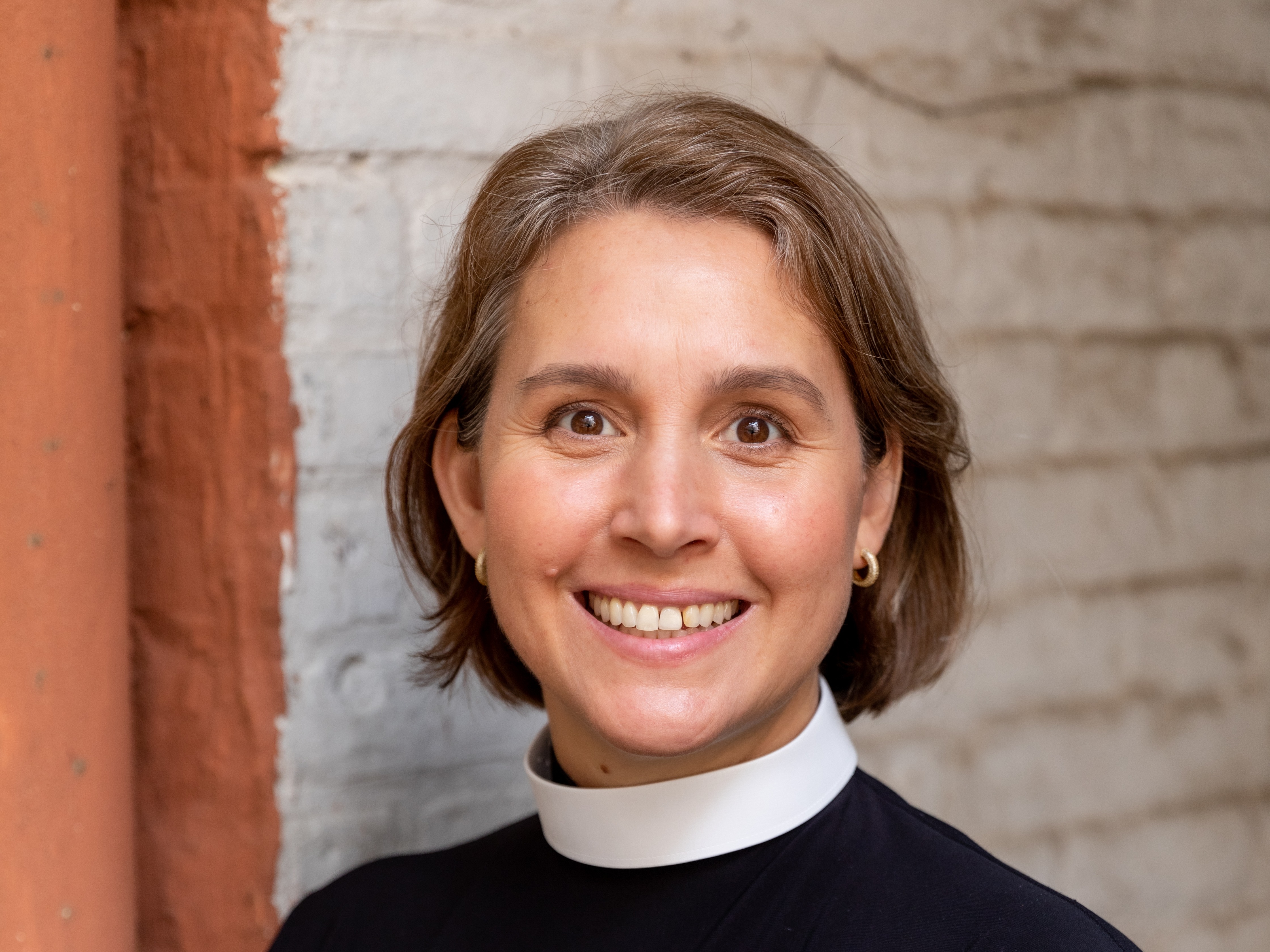 Canon Kate leads the cathedral’s Fellowship in Faith and Family Ministry programs. She coordinates inter-generational Christian formation events, curates the Dean’s Forum and participate fully in the liturgical life of the cathedral. Canon Kate has pursued her love of creative Christian education in Episcopal schools and churches since 2004. She has served as Director of Youth and Young Adult Ministries at St. James’ Church, Madison Avenue, Director of Christian Education at First Presbyterian Church, Brooklyn and, most recently, Associate Rector at St. Ann & the Holy Trinity Church and Pro-Cathedral, where her focus is family worship and Sunday School. Canon Kate holds a Masters of Divinity from Yale University and a Masters of Sacred Theology, cum laude, from the General Theological Seminary (GTS). She is part of Cathedral Chapter and sits on the board of the Mercer School, where she has been active in implementing Sacred Ground, the Episcopal Church’s anti-racism curriculum, in our diocese. Canon Kate lives in Brooklyn Heights with her husband Ian, and their two daughters, Virginia and Jane. 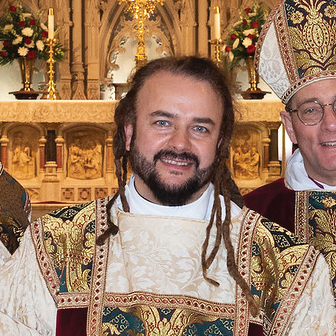 Adam Bucko participates in the daily worship and ministry of the cathedral, but his primary role at the cathedral is to work on developing and launching The Center for Spiritual Imagination, which will reclaim the spiritual heritage of cathedrals as places of pilgrimage, holy hospitality and spiritual renewal and re-imagine it for the 21st century. Prior to his time at the cathedral and his ordination, he spent 15 years ministering to young people living on the streets of New York City, where he co-founded the Reciprocity Foundation. He also taught Engaged Contemplative Spirituality in the US and Europe and co-authored two books, Occupy Spirituality and The New Monasticism, focused on translating the gifts of the Christian tradition for a new generation of seekers and activists. He lives near the cathedral and in his free time loves hiking, making simple vegan meals, and revisiting the Polish punk music of his youth. 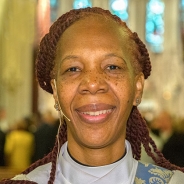 The Rev. Denise Galloway serves as Deacon and Director of Outreach at the Cathedral of the Incarnation. She is also the Executive Director and founder of Letitia Agada Services, where she serves people with Traumatic Brain Injuries. It’s her greatest joy to be family member, friend and companion to all, including Oreo. 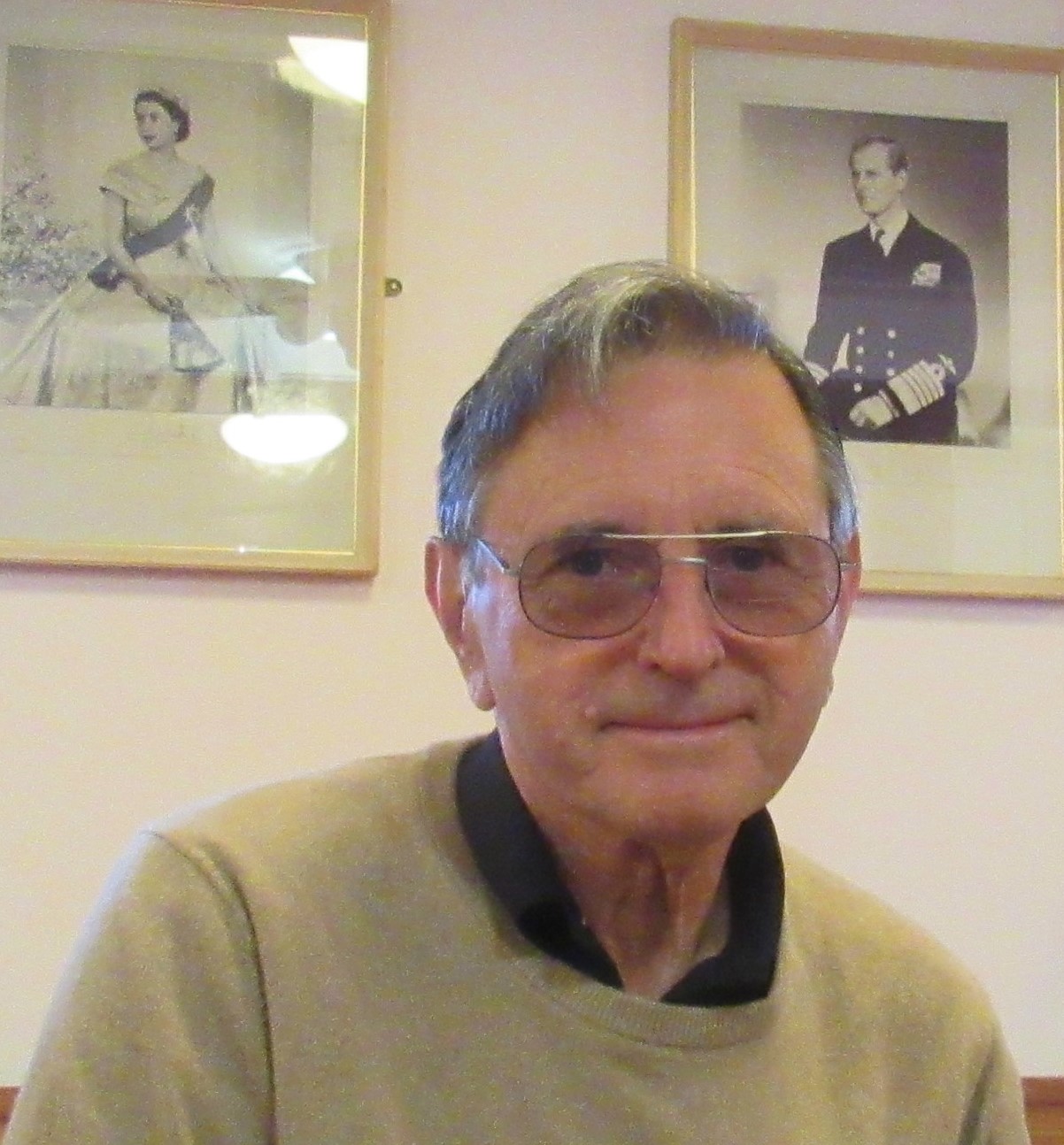 I am the Honorary Canon in Residence and have been since shortly after being the Acting Dean. As such I participate in our worship, preach occasionally, teach a course or two each year, and fill in wherever, however, and whenever needed. I am now in my fifty-first year in the priesthood and just celebrated my seventy-fifth birthday. I am married to Rita Ann who recently retired as a Media and Communication specialist at UNICEF. We travel, we cook ,she gardens, I mow, and life is good, especially when you add in my four grandchildren. I am currently revising a manuscript which will be published in book form in 2021 or 2022. 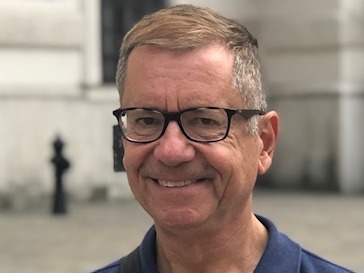 Larry Tremsky has been the Director of Music at the cathedral since July of 2000. His duties include working with the choirs, especially the choristers, and managing all facets of music at the cathedral. A native of Ohio, he received degrees from the University of Cincinnati College-Conservatory of Music and Northwestern University. He has held church positions at Holy Name Cathedral (RC) in Chicago, where he worked in assisting the noted composer Richard Proulx, and Grace Episcopal Church, Utica, NY before coming to Garden City. Larry has a deep interest in Byzantine iconography and the liturgy and music of the Ukrainian Greek Catholic Church, which has led to regular study trips abroad. He also enjoys cooking and gardening, and has three cats, one of whom was found on the grounds of the cathedral! 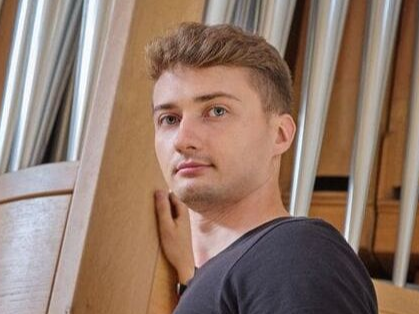 A native of Germany, Raphael studied organ and church music at the Hochschule für Katholische Kirchenmusik und Musikpädagogik in Regensburg, Germany. While studying at HfKM, he spent one year at the Franz-Liszt Academy in Budapest (Hungary) and then graduated from HfKM in 2018. Raphael later graduated from the Juilliard School in May 2020, with a Master's degree in Organ Performance. Currently, he is studying Organ pedagogy in Regensburg, Germany and he will begin his Doctoral degree at Juilliard in September 2021. 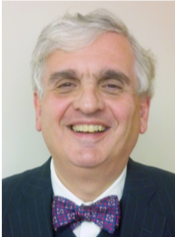 With his wife Kathleen and his daughter Elizabeth, Charles has lived in Garden City South since 1981 and all joined the cathedral congregation in 1984. They are all currently “owned” by their cat, Tigger.

As Cathedral Chancellor, Charles is responsible for all legal matters involving the cathedral and serves on the Cathedral’s Executive Committee. He has also taught in the Cathedral Church School at various levels since 1987 and currently assists Kate Akerman in various aspects of the Cathedral’s Family Ministries program.

Charles is a huge fan of the New York Yankees and, since his retirement for JPMorgan, has taken up summer residence at various local golf courses, trying to improve on “a good walk spoiled”. 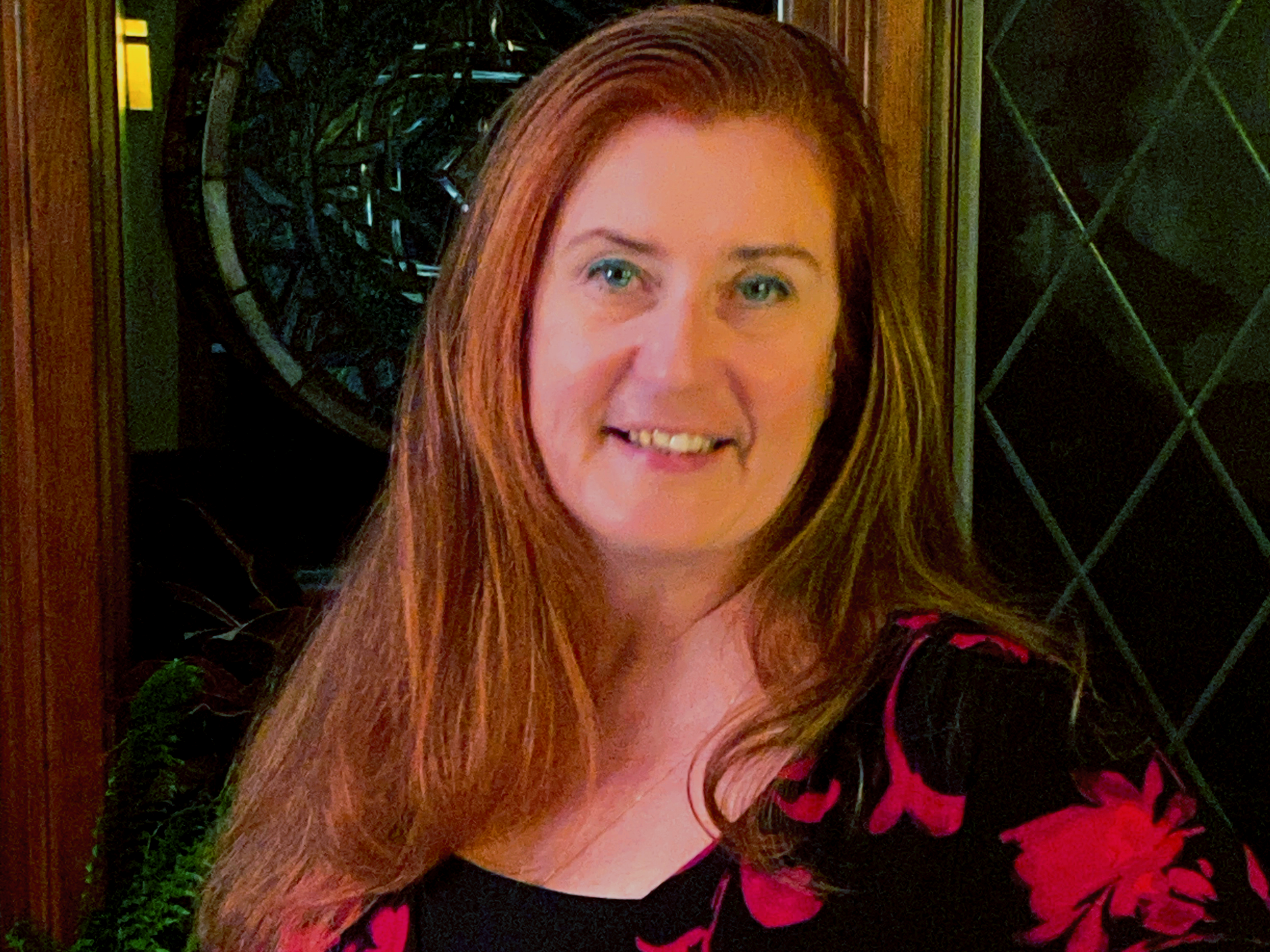 Arleen is our Cathedral Administrator. She coordinates the administrative life of the Cathedral community including the Realm database, our website, the scheduling of spaces and events, and so much more! Arleen holds a BA in History from Adelphi University. After more than a decade with the Diocese of Rockville Centre, she comes to the cathedral with varied experience in church functions. Arleen and her husband are empty nesters who enjoy hiking, skiing and the beach. Their daughters Morgan and Brenna are off on their own adventures, one in New Haven CT and the other splitting her time between Newburgh and Long Island. 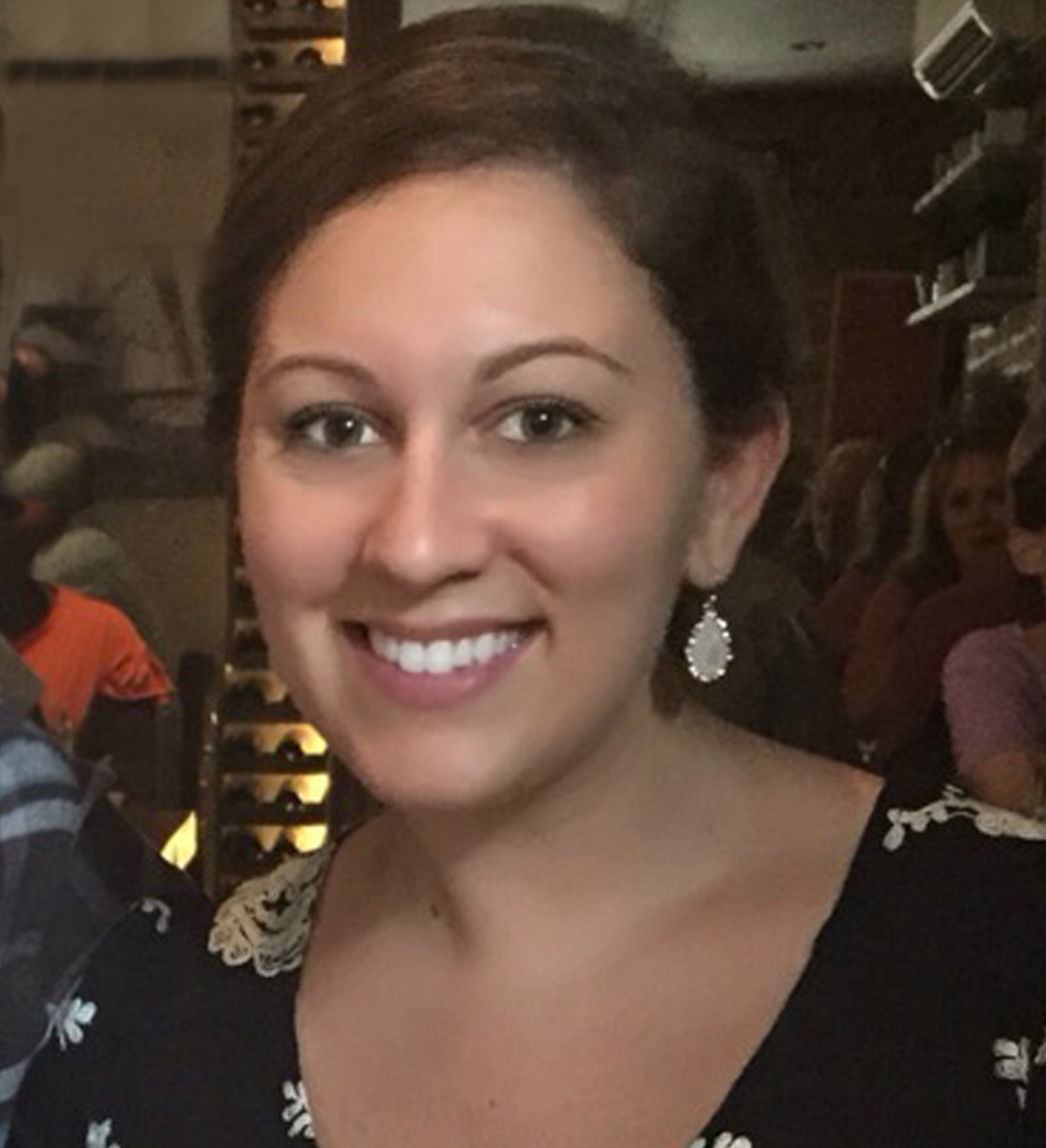 Lisa is responsible for maintaining the Cathedral's calendar of events, managing the Realm database, coordinating and distributing the weekly e-newsletter, and assisting with other administrative tasks as needed. She holds a BA in English Literature with a minor in Art History from Northeastern University.

Prior to joining the Cathedral, she has held a number of educational and event coordination roles at various cultural institutions. She lives on Long Island with her husband Eric and their sons, Luke and Oliver. 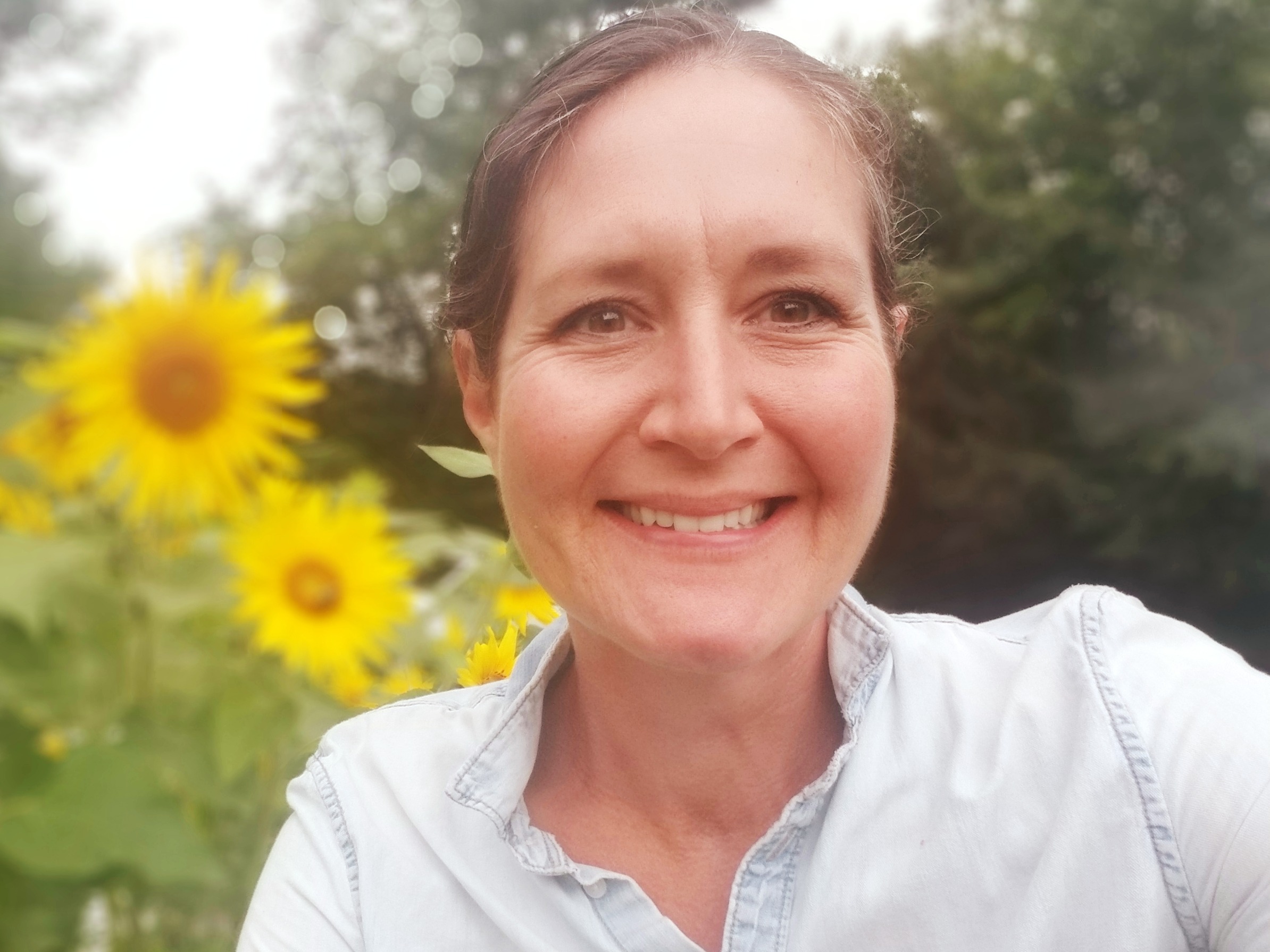 Assistant to the Dean, Administrator of the Center for Spiritual Imagination
ccosgrove@incarnationgc.org (516) 746-2955 ext. 188

Caroline is the Assistant to the Dean and the Administrator of the Center for Spiritual Imagination. She earned her BA in Communications and Political Science at Dowling College where she also rowed on the Women’s Crew Team. Prior to joining the Cathedral, Caroline served in various management positions in the Service and Hospitality Industry. She has two children, Sienna and Sebastian. Together, along with her partner Christopher, the family lives in Maplecrest NY where they enjoy a simple life in the mountains: hiking, gardening, caring for their flock of chickens and raising honeybees. 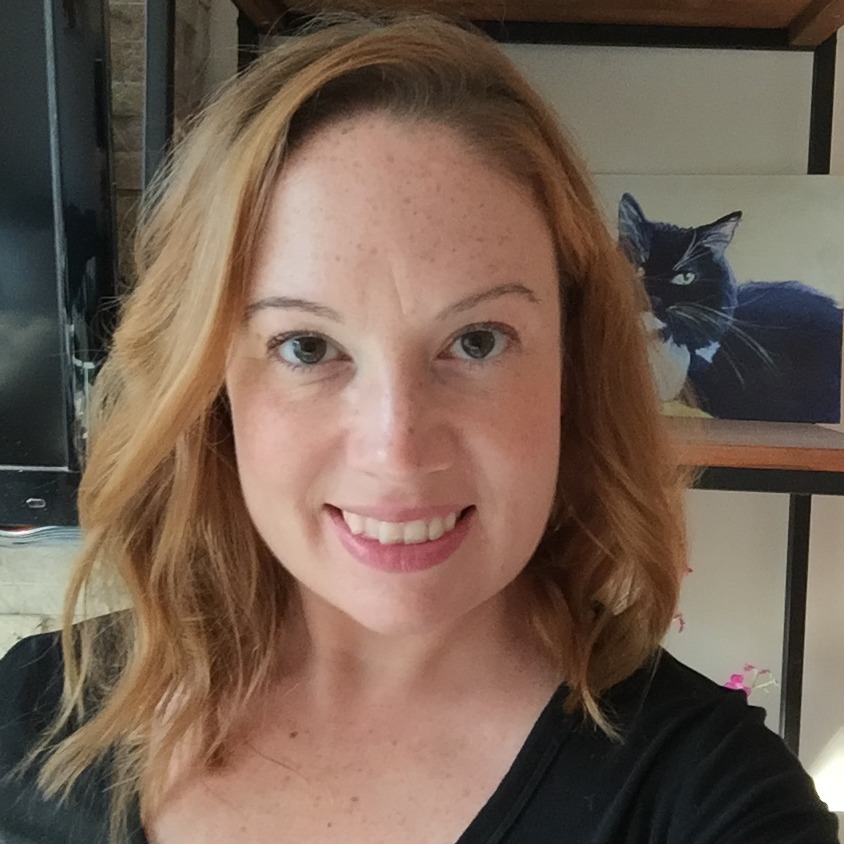 Liz received her BFA from the New England School of Art & Design in 2003 and has been a practicing graphic designer ever since. She runs her own freelancing design business, DoubleBond Studio, and designs and develops the Cathedral's website and printed projects.

She lives in Chicago with her husband Ben and their two cats.