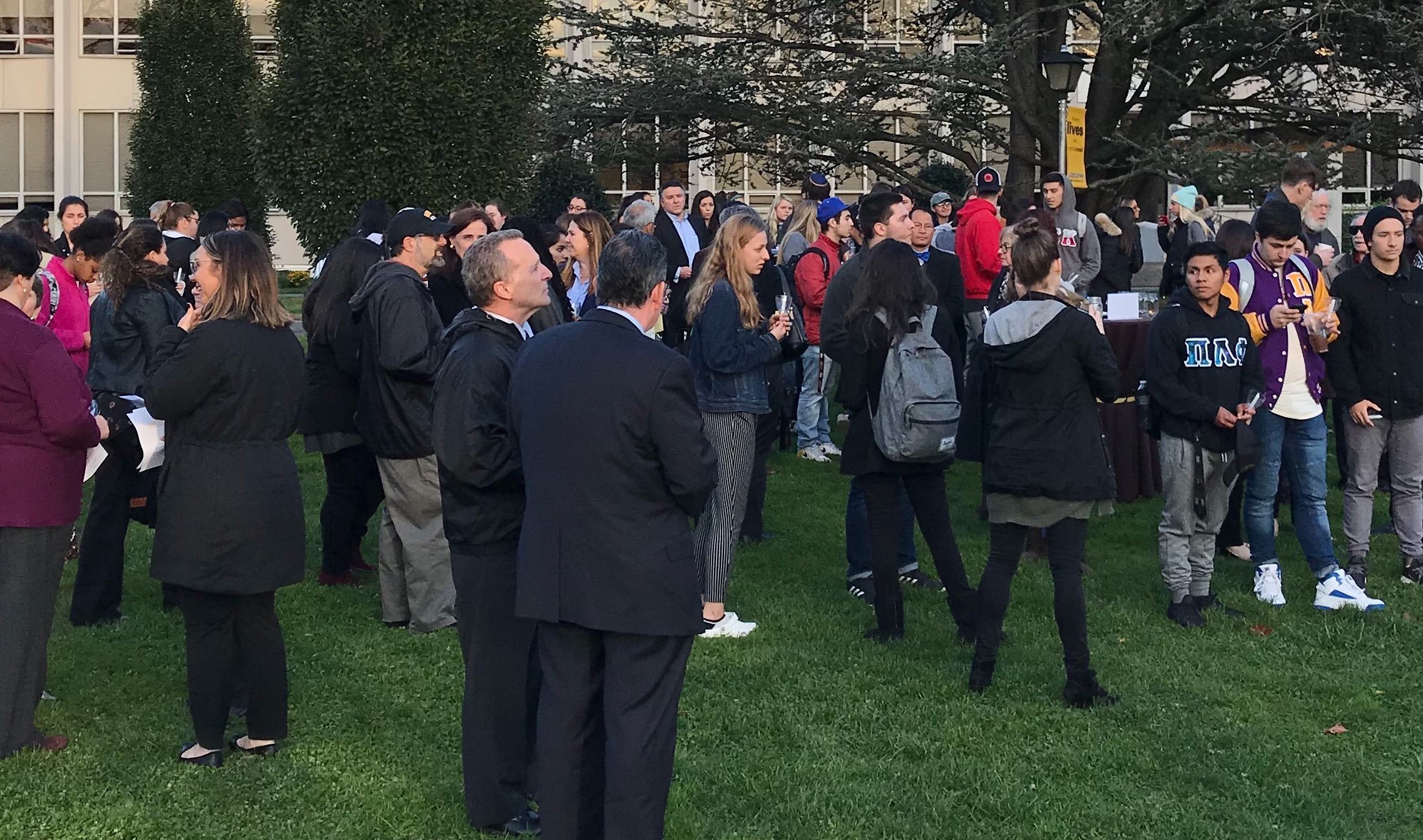 On Monday, October 29th, the Very Rev. Michael Sniffen, Dean of the Cathedral of the Incarnation in Garden City, joined rabbis, university administrators and student speakers as part of a community vigil in the wake of the terrorist attack on the Tree of Life Synagogue in Pittsburgh, where eleven people were killed on October 27th. In his remarks, he said:

'First they came for the communists, and I did not speak out, because I was not a communist.

Then they came for the Jews, and I did not speak out, because I was not a Jew.

Then they came for me—and there was no one left to speak for me.'

Our religious traditions do not require that we always agree with one another. But they do require that we love and welcome one another. This is the standard by all human actions must be judged. Is the action rooted in love? If it is not, it must be repudiated. Love is the only way, because God is love. Respecting the dignity of every human being is not an invitation from the great religions of the word. It is a non-negotiable standard. Those who deny this God-given standard break trust with the human family of which everyone is a part.

In the Christian tradition, which is my own, Jesus says, "This is my commandment, that you love one another as I have loved you." That is to say, love all people unconditionally, counting not the cost. When religious voices speak of a call to love, we speak not of sentimental love, but of courageous action for the sake of another. We speak of 'dethroning ourselves from the center of our lives and putting another there' as Karen Armstrong has so eloquently put it.

In these days following another hate-filled mass-murder in a house of prayer, we stand together as a community called to mutual love and accountability. Called to recognize our reliance upon each-other and God. Called to eschew the myth of self-reliance and selfishness that has infected our society and threatens our democracy. Called to give voice to the path we choose: to stay together and build a hopeful future rather than go our own way in fear and anxiety.

As we remember faithful Jewish lives cut short, we stand against evil and hate in all its guises. We stand especially against the evil of antisemitism today, and we remember its fellow demonic forces: racism, white nationalism, homophobia, sexism and other repugnant bigotries which have no place among us. It is within our power to speed their demise in the places we study, work, live, serve and vote.

We have every reason to hope for a better tomorrow. We have every reason to light a candle rather than curse the darkness, because we are not alone. God is with us, and we have each other - which is all we need to change the world for the better. May the souls of the faithful departed rest in peace - may they never be forgotten. And may we rise to the task of our high calling. To be people of courageous love in word and deed.

The vigil was organized by The Interfaith Center, the Jewish Student Union, Chabad, the Center for Student Involvement, the Office of Diversity and Inclusion, and the Office of the President at Adelphi University. Dean Sniffen serves as a Protestant Chaplain at Adelphi.